MUST HAVE COWBOY BOOTS 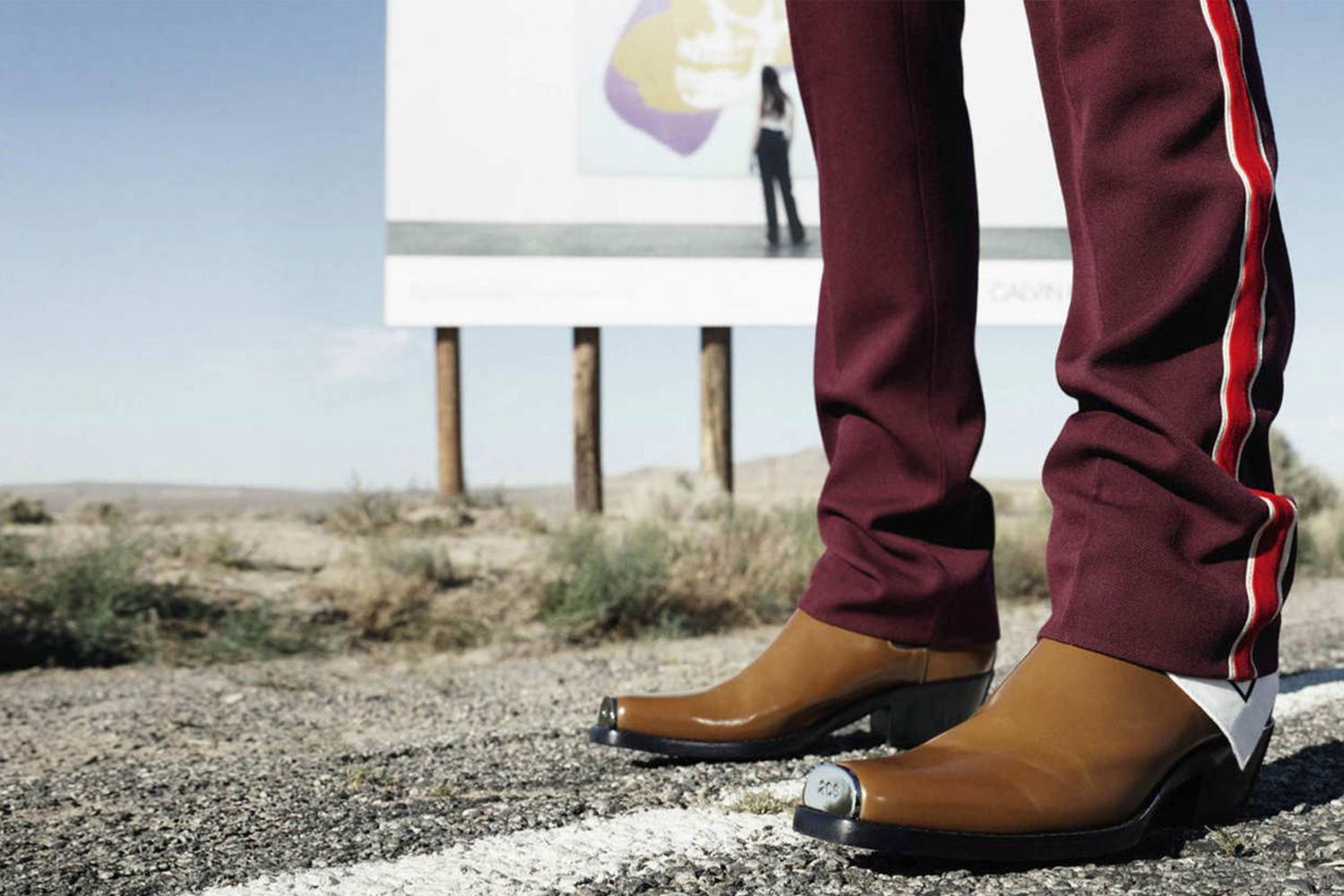 Although the roper has consistently been viewed as stylish, traditional cowboy boots have waned in and out of popularity for the past fifty years. Suddenly, however, they are once again in the fashion limelight. While Raf Simon’s inaugural Calvin Klein collection clearly put the shoes front and center, for the last few years they have been popping up several disparate runways. The turning point is no doubt Hedi Slimane’s debut Fall/Winter 2013 Saint Laurent menswear collection.

Slimane shortened the shaft and pointed the toe to exaggerated proportions, to transform the traditional harness boot into a rockstar staple. The shoe was a smash hit—particularly the nut suede variation—and was eventually included in the permanent collection, available season after season. 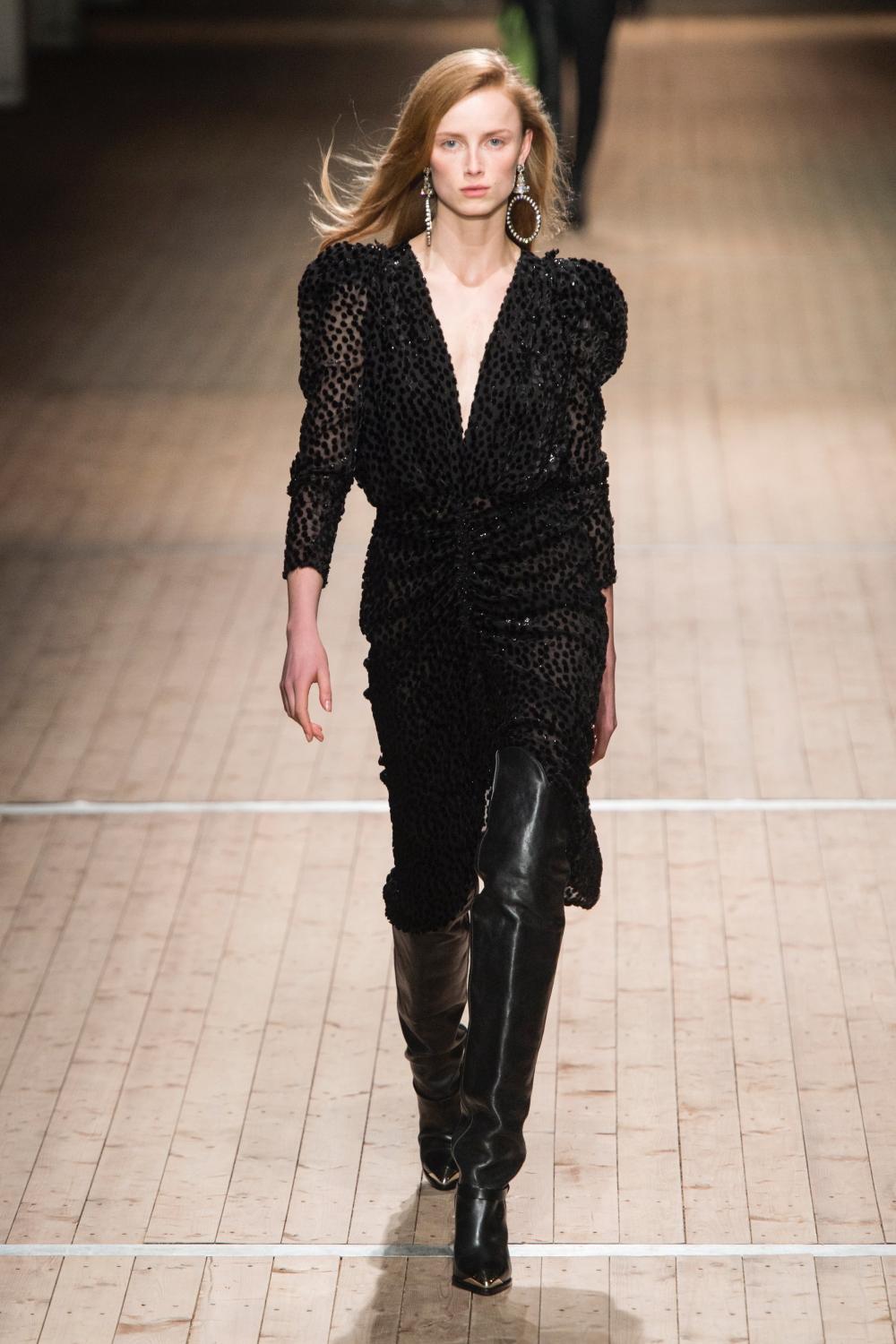 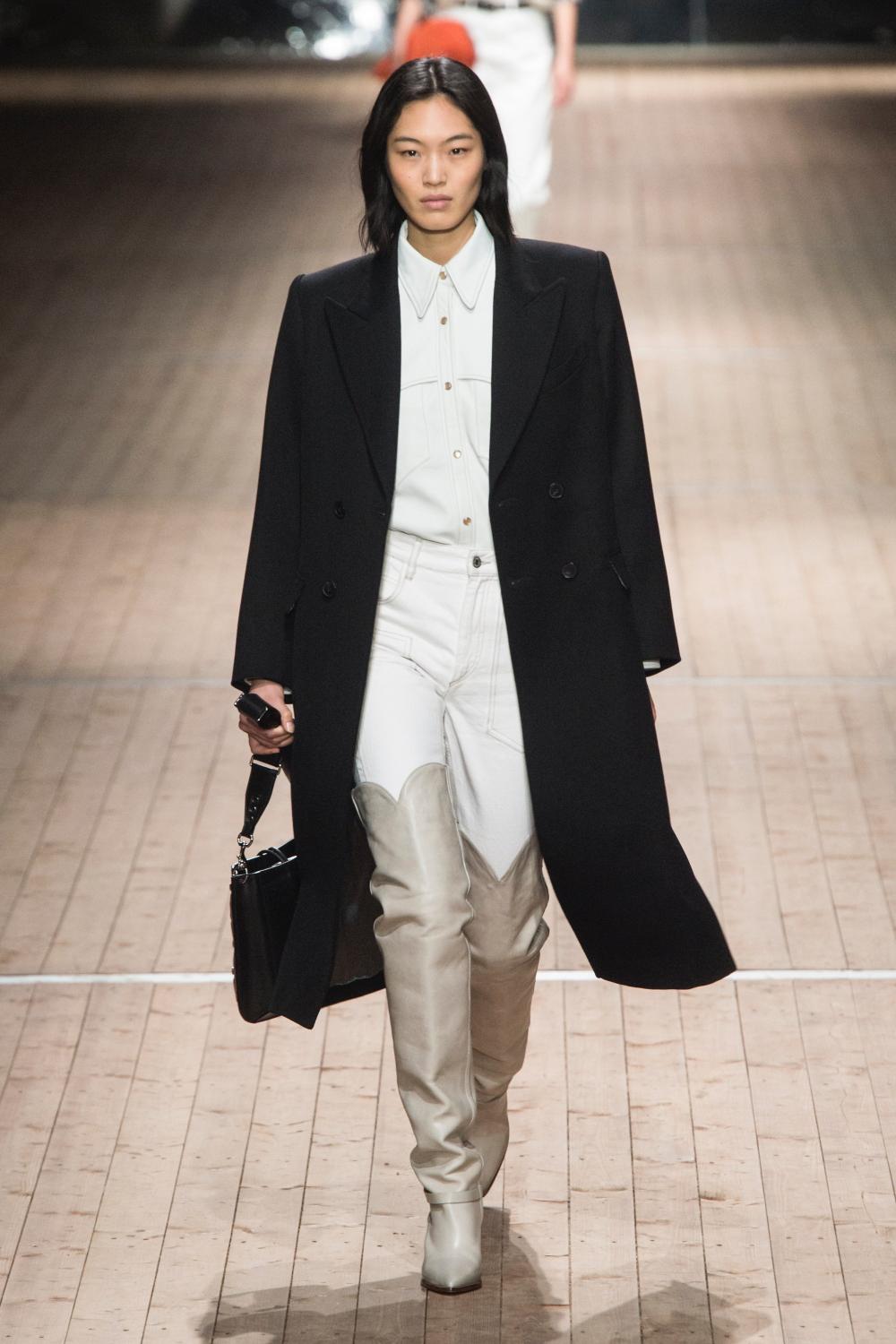 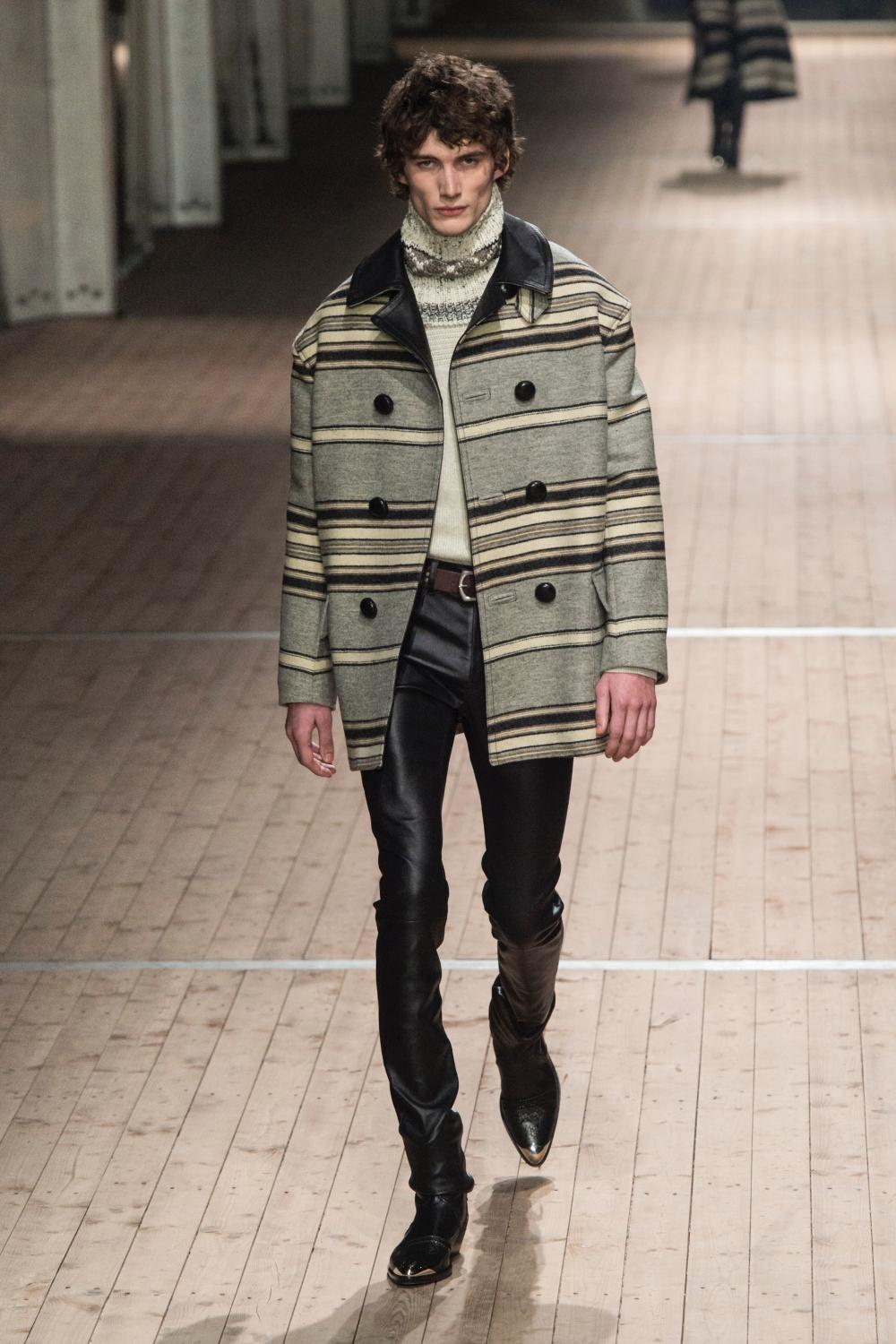 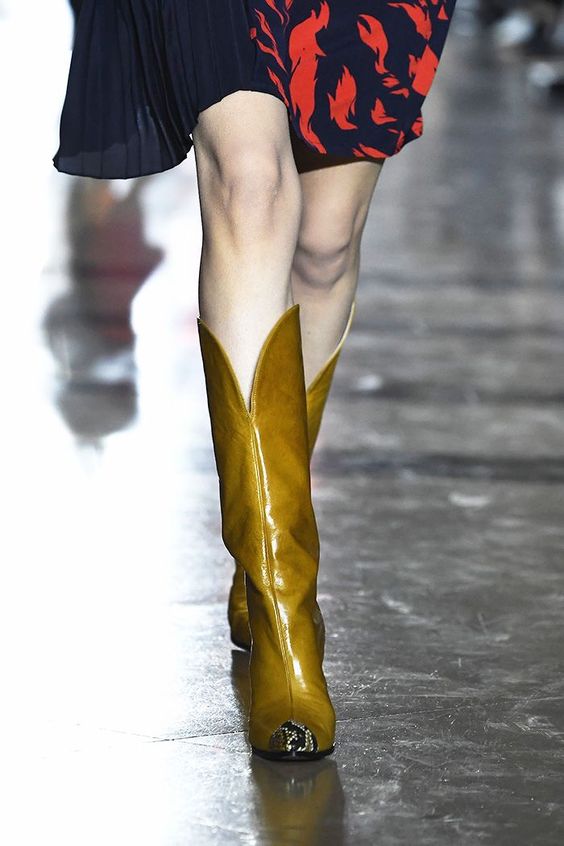 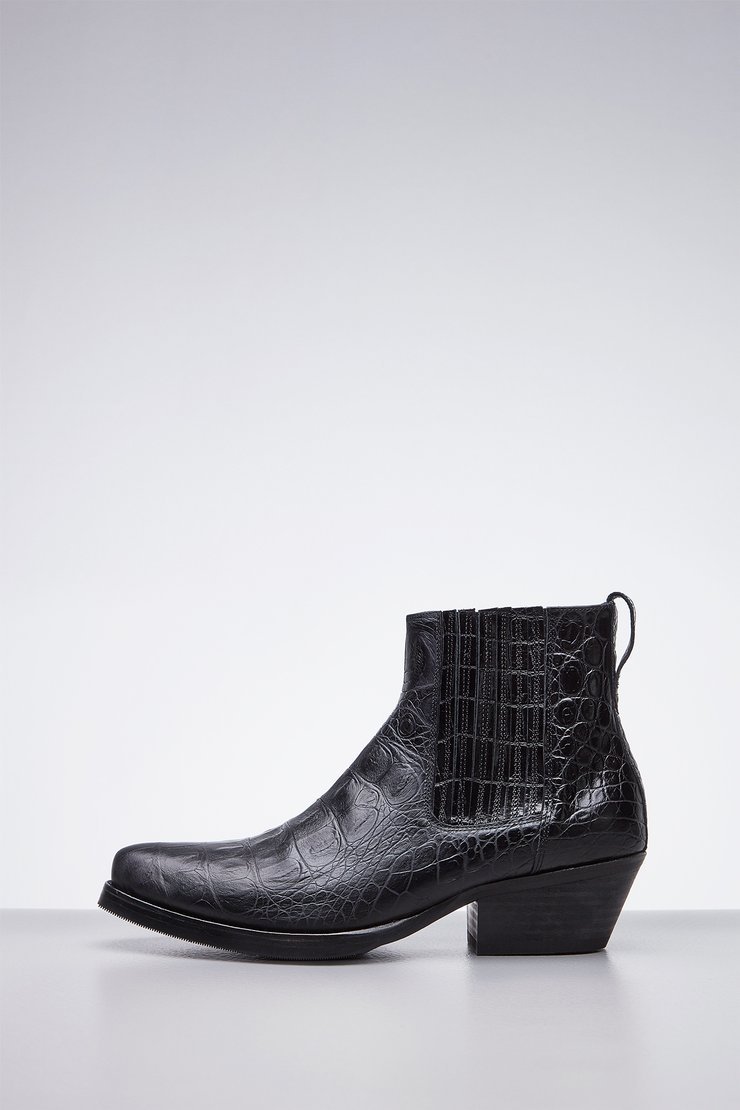 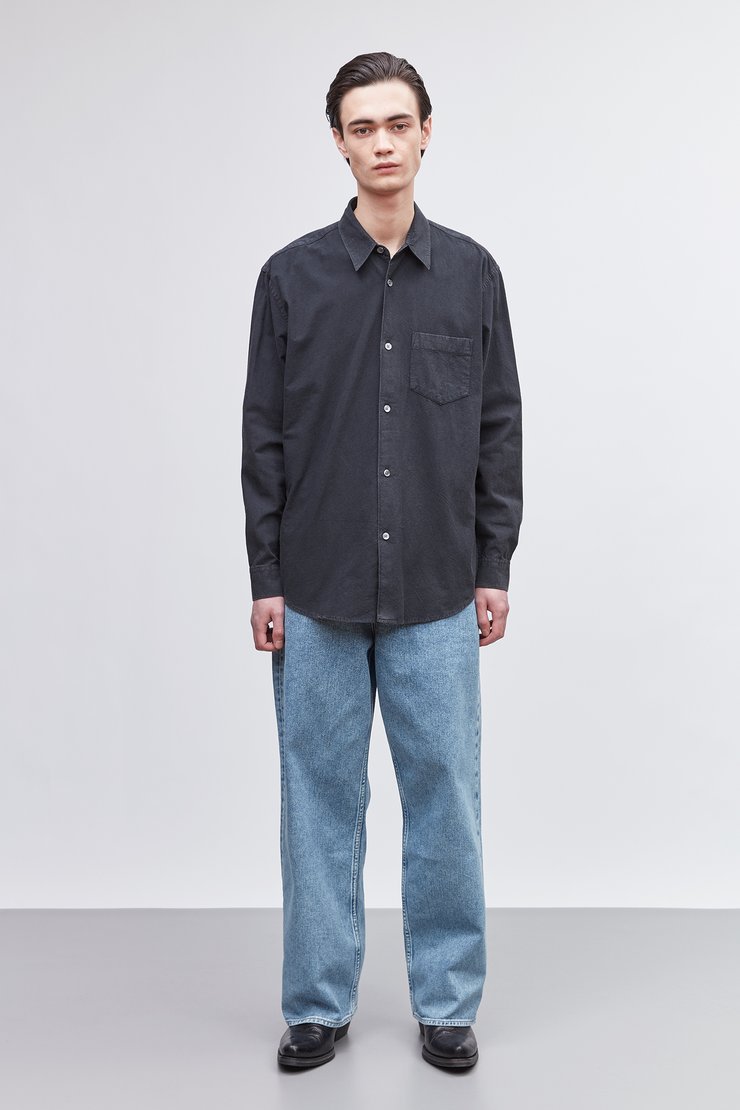 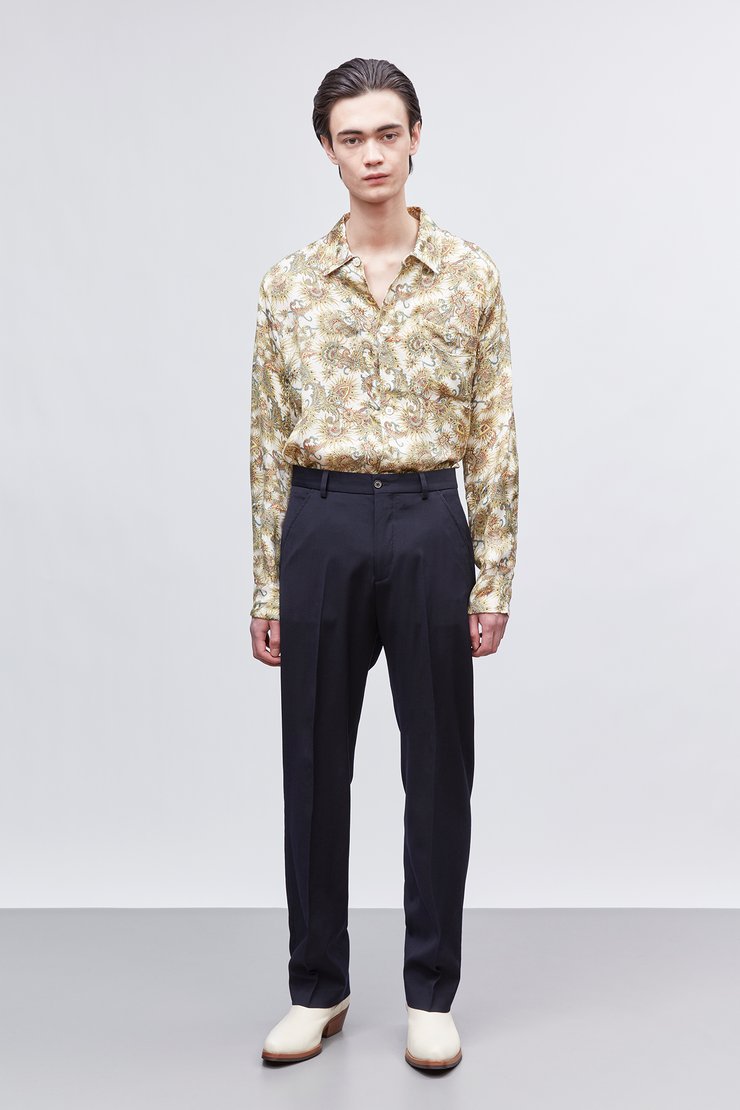 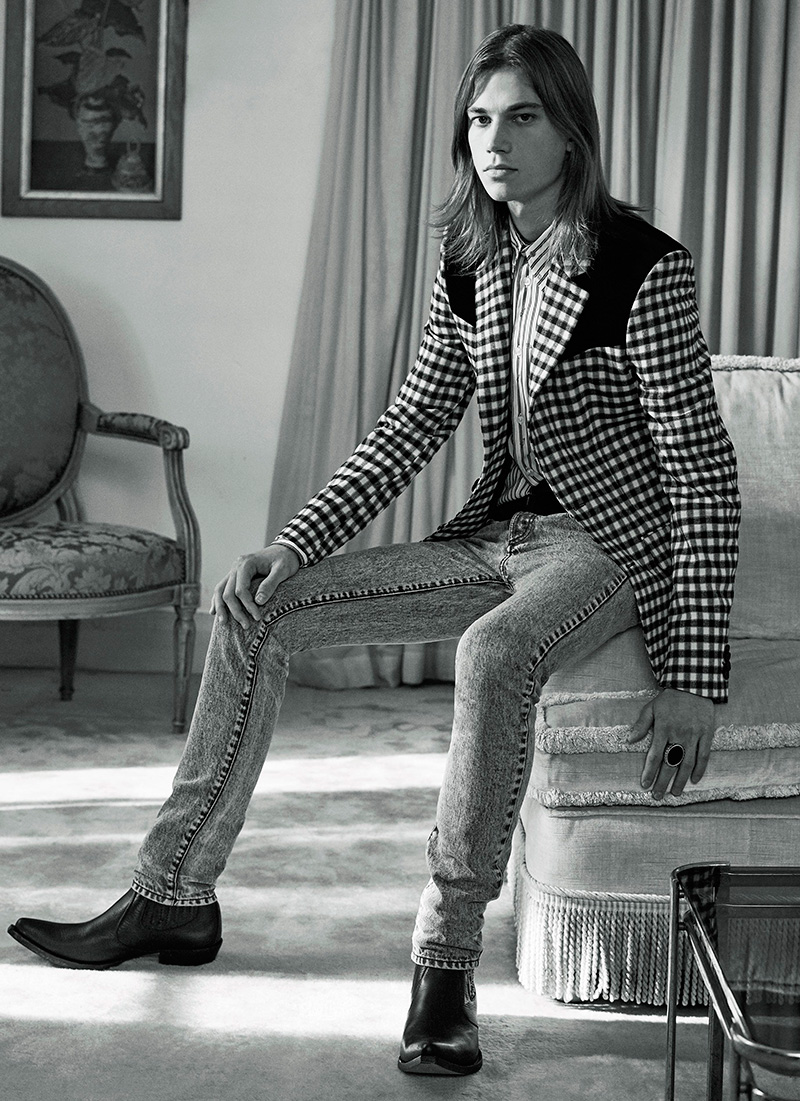 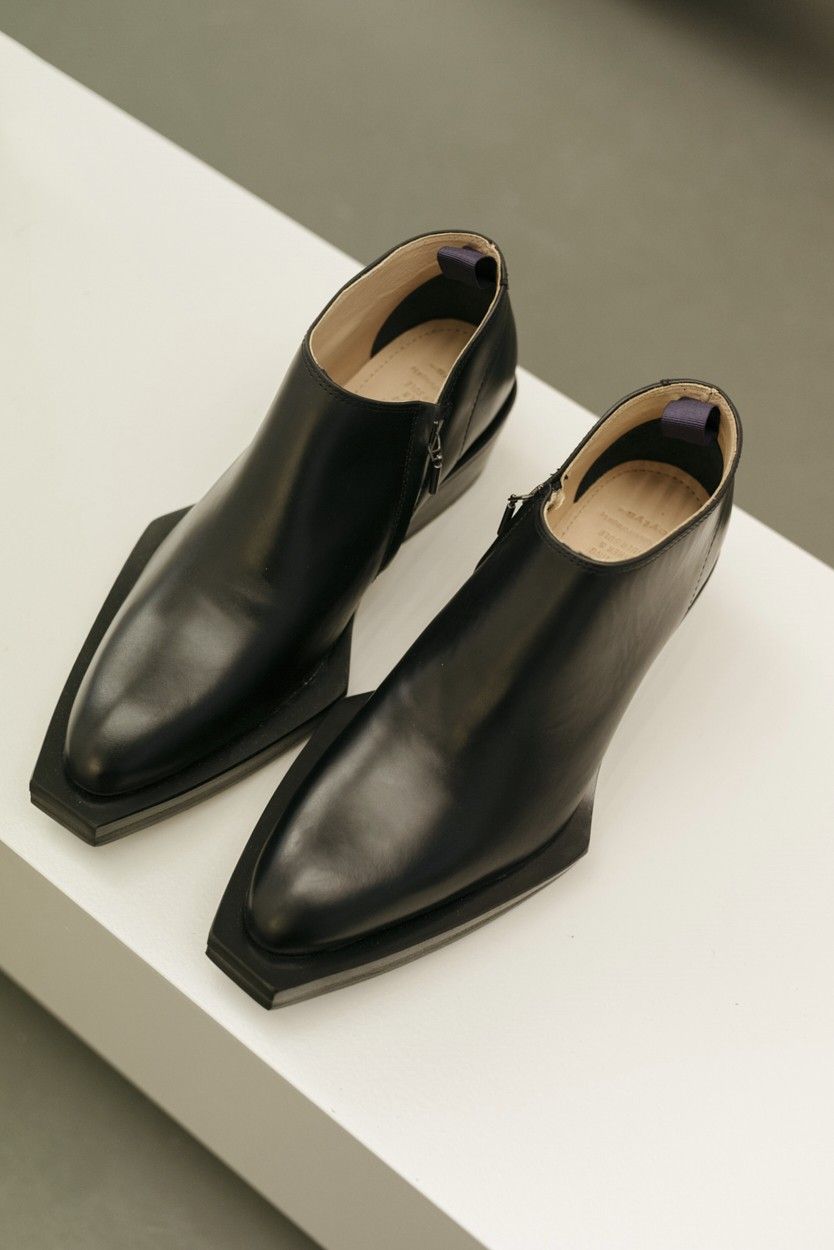 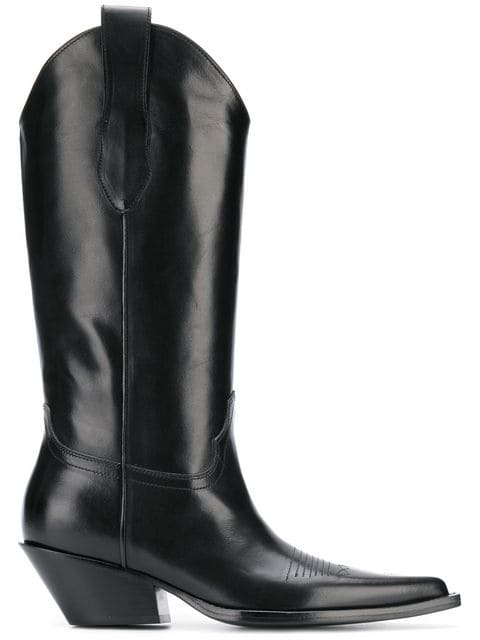 While Slimane’s shoes certainly had a rockstar bent to them, the Western influence was more than apparent. In the wake of Saint Laurent’s massive success, suddenly kids were tossing their sneakers away for a pair of hard-bottom ankle boots. The trend continued when he introduced the Santiag, a cuban heel style inspired by traditional Vaquera boots—a reflection of both his environment (Los Angeles) and another nod to cowboy culture.

Other brands were quick to take notice. More a commentary on thrift and club culture than a sheer ode to western style, Demna Gvaslia included exaggerated renditions of cowboy boots in Balenciaga’s Spring/Summer 2017 menswear collection—his first for the house. Featuring thigh-high mens western boots in white, red and even embossed python, Gvasalia helped perpetuate the idea of cowboy boots as a legitimate player in the male wardrobe. Indeed, the retail versions, with considerably shorter shaft and heel, were a major success, enjoying both celebrity endorsement and huge sales figures. Hood By Air (RIP) also tackled the cowboy boot in its own ersatz way during the Spring/Summer 2017 season, making a two-sided cowboy boot in various offbeat colors in a collaboration with Frye. 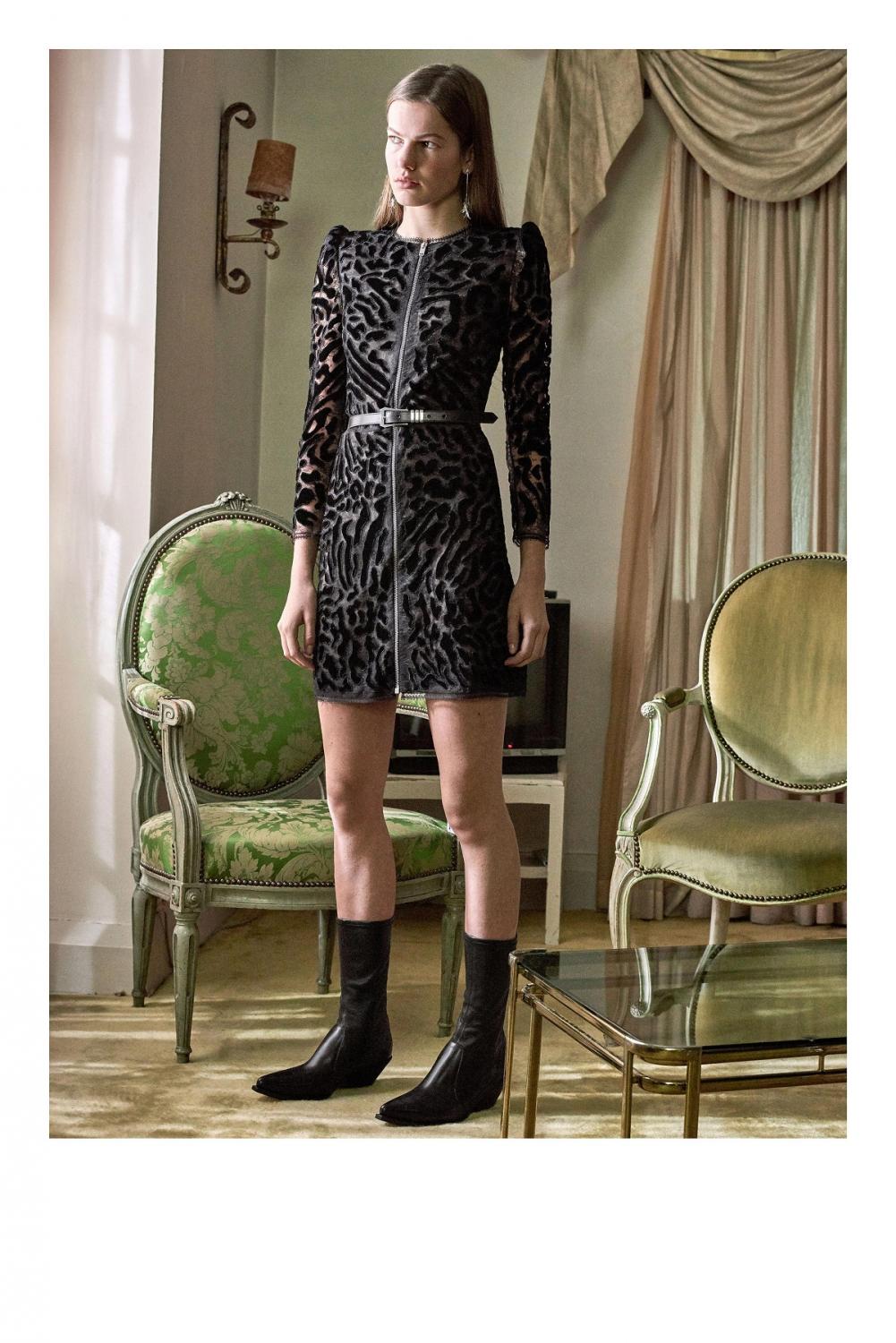 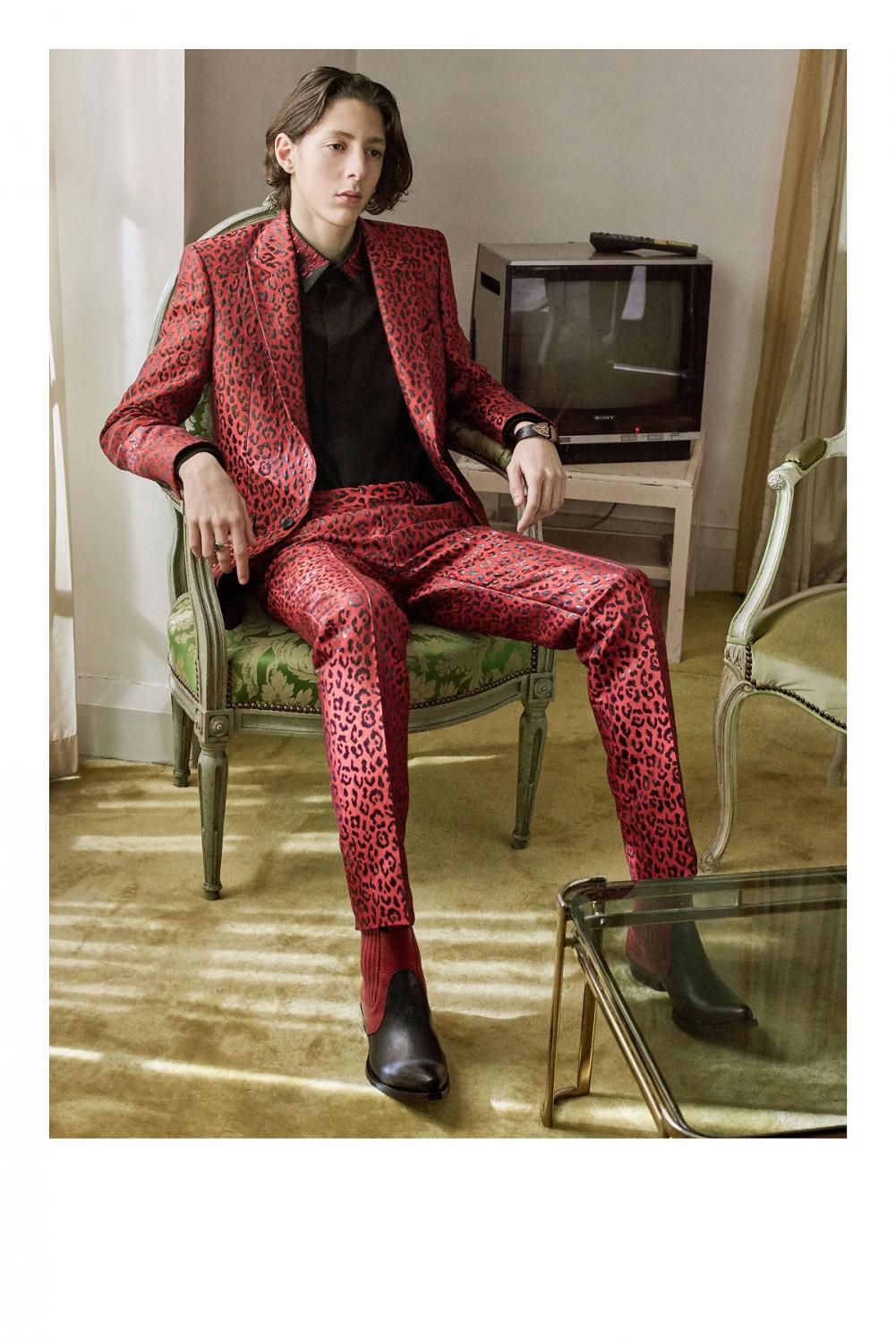 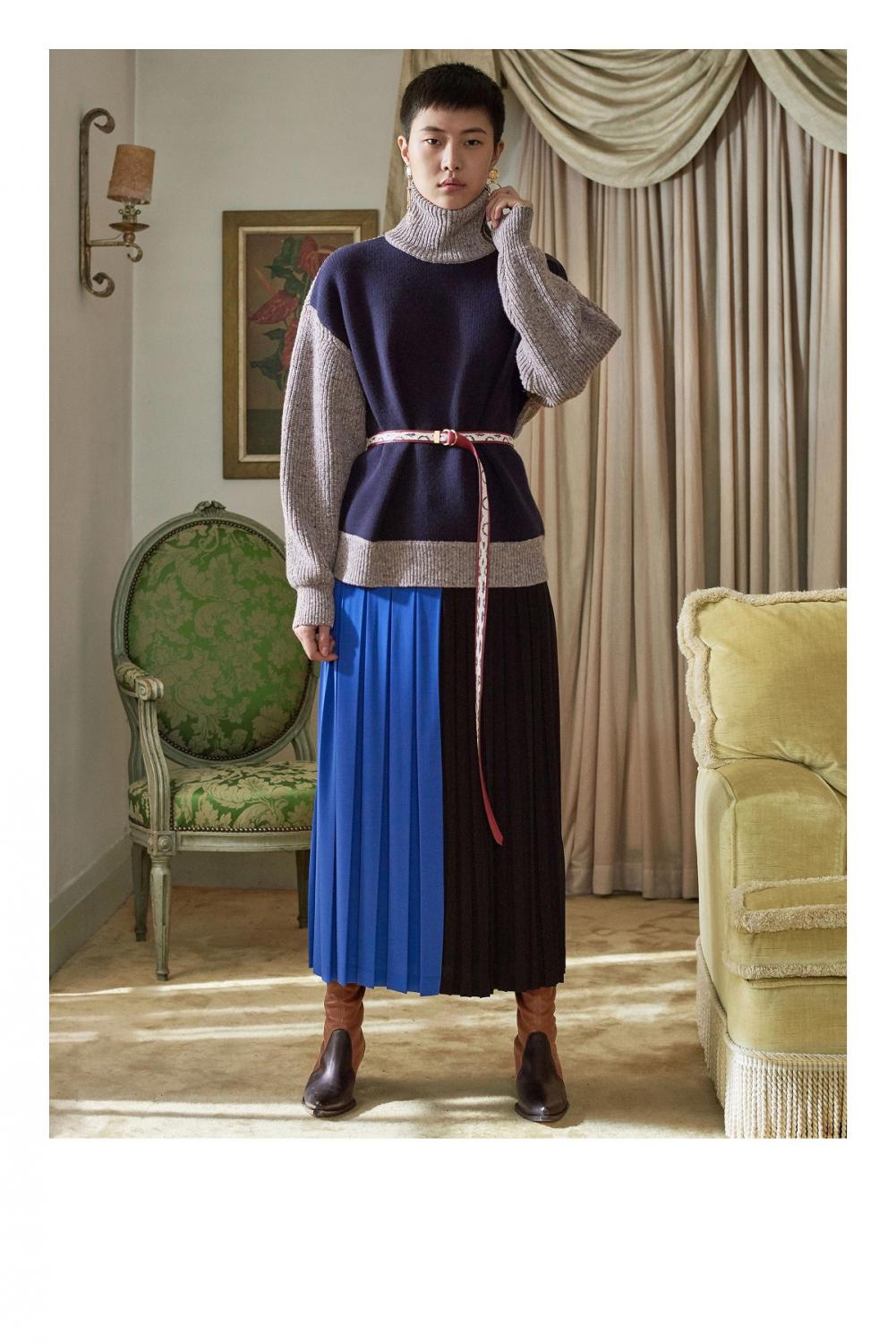 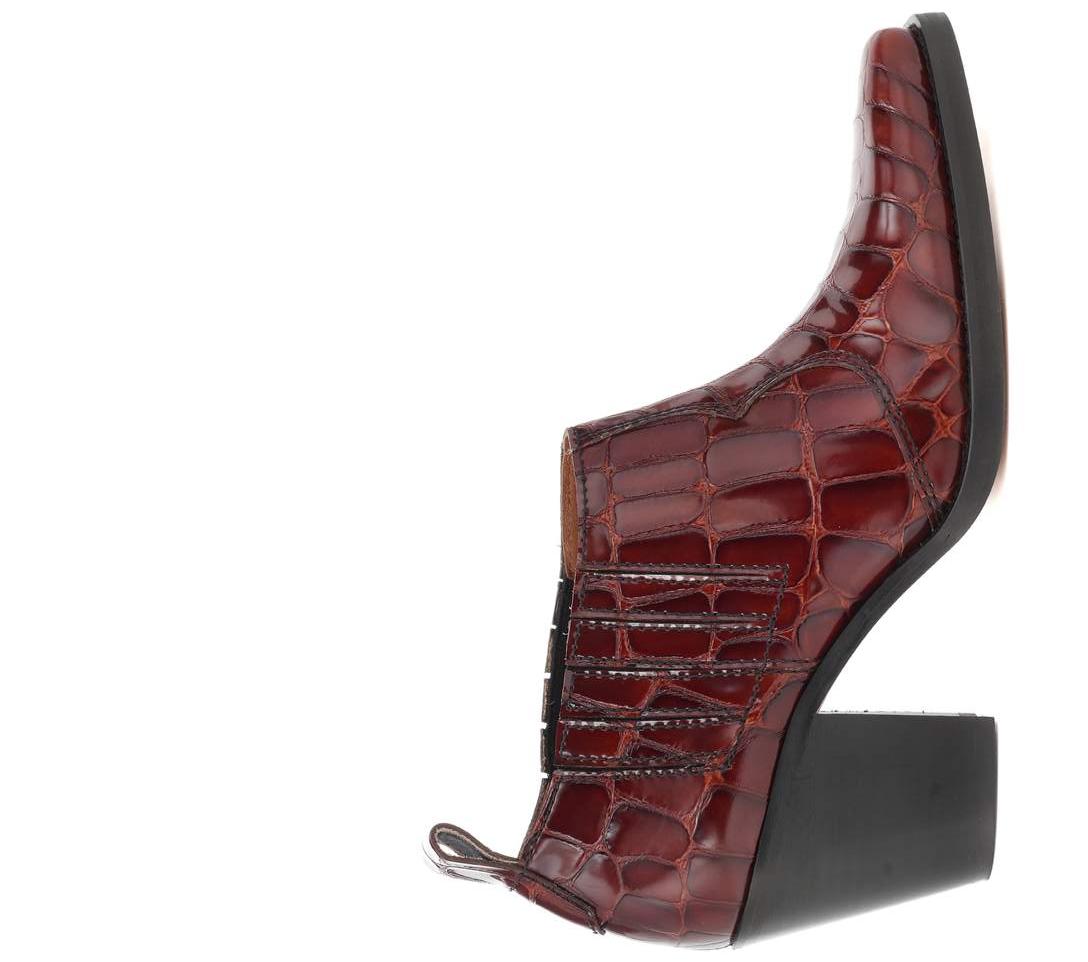 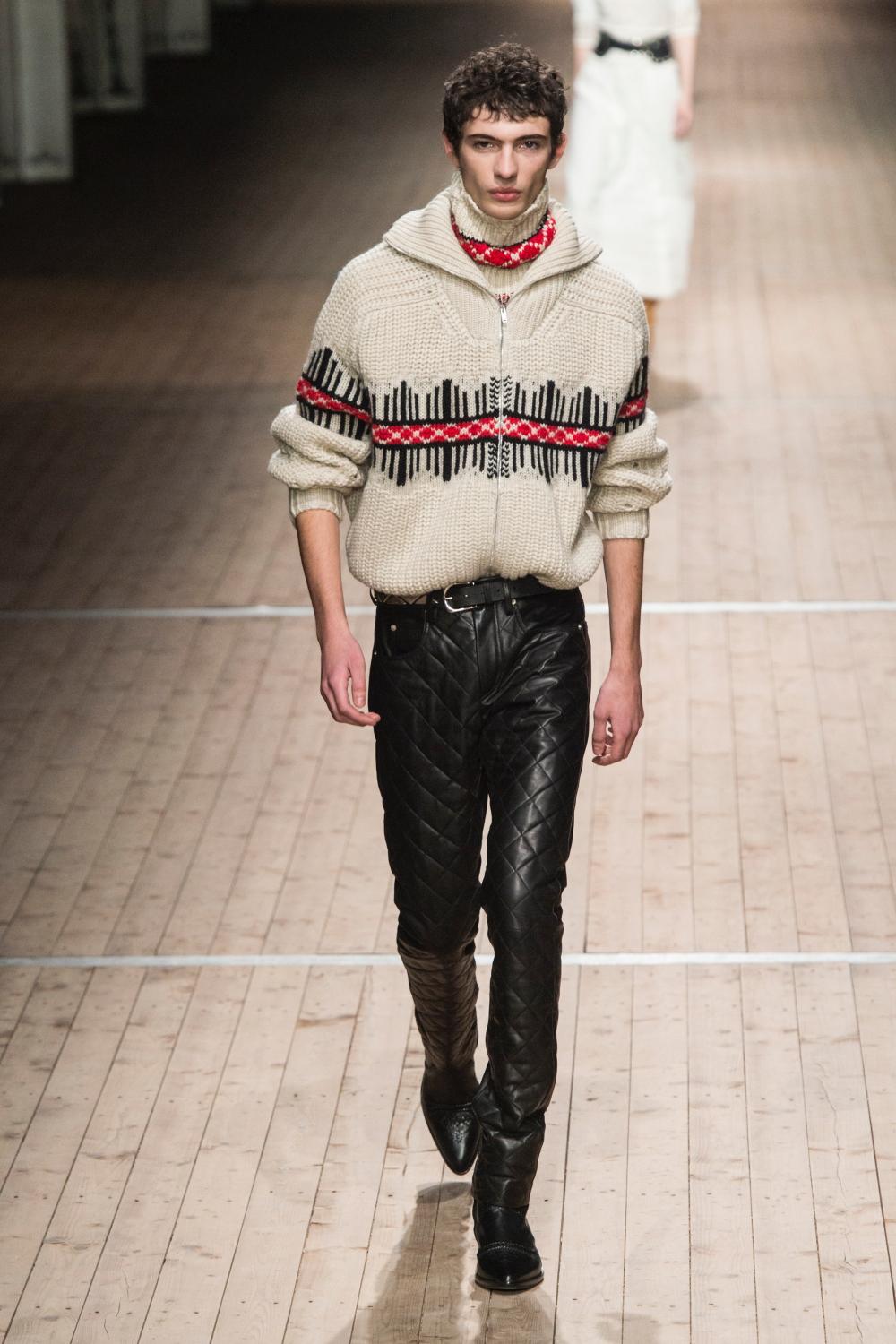 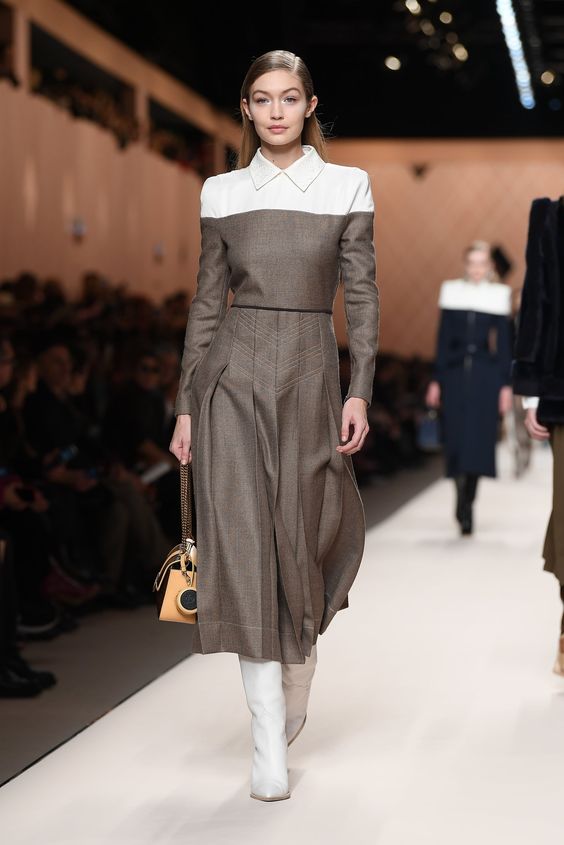 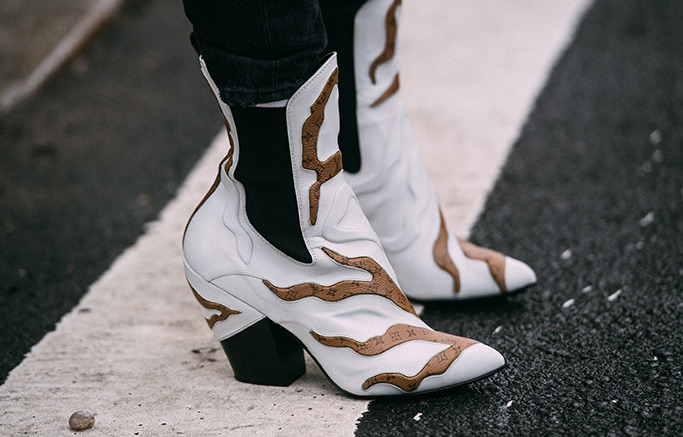