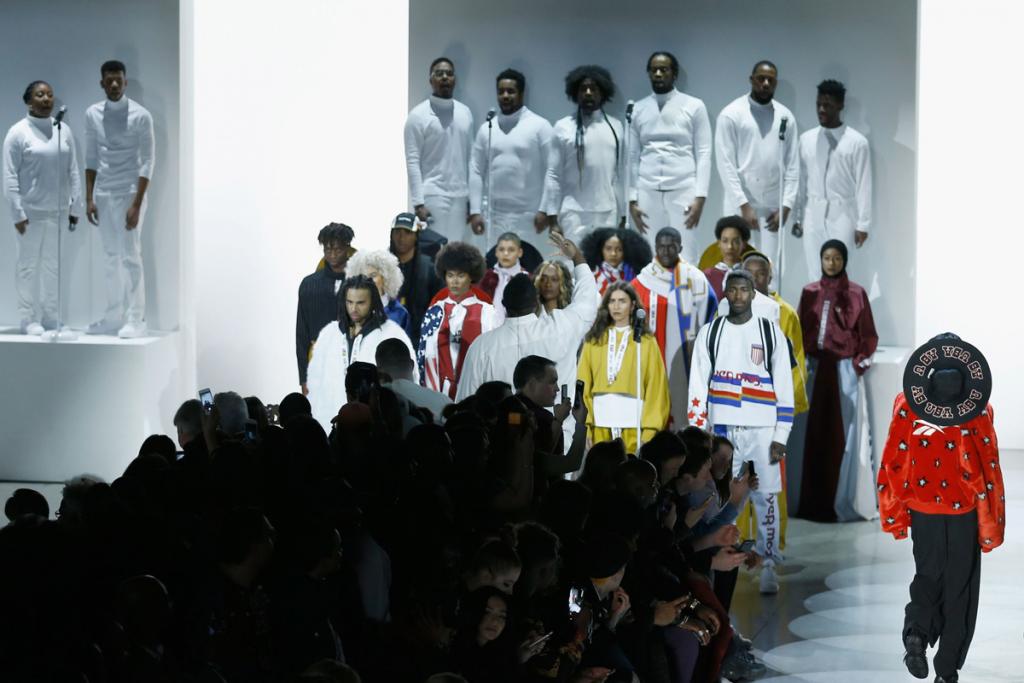 The collaboration between Reebok and Pyer Moss finally debuted at the New York Fashion Week 2018.

Completely dressed in white and spread over three podiums, a gospel choir sang hymns that were perfectly adapted to the collections. The songs were selected and curated by Jean-Raymond and musician Raphael Saadiq.

“The collection is the beginning of our journey in telling the story of underrepresented groups of Americans. We’re starting the conversation and this new direction for the brand by first speaking about the original American cowboy,” said Jean-Raymond in an official statement provided by Reebok. “The phrase cowboy, which was meant to be demeaning and derogatory is being re-seen as regal and spiritual. Our hope is to continue to challenge traditional narratives of minority groups in this country and tell uplifting stories within our work, which encourage inclusion.”

Jean-Raymond transformed the classic DMX into a futuristic basketball shoe.

See sections of the Pyer Moss collaboration with Reebok in the gallery below. The collection will be officially launched this fall at selected high-end retailers and Reebok.com.