WHAT IS POST-SOVIET LOOK

In the recent years the so-called post-Soviet aesthetics has become mainstream. This was reflected as in the got-back-in-fashion again modern t-shirts, sweatshirts with print and lettering & massive usage of logos.

I would like to raise the topic from the view of fashion industry on the one hand and from my personal point of view as in the Soviet Union born person, on the other.

The 90´s, the period of time directly after the collapse of the biggest country in the world, used to be the epoch of a total chaos in economics, politics and especially in terms  of fashion. And I must say, if you have asked the post soviets couple of years ago about their feeling about fashion in those times, you would probably got an answer that they were kind of ashamed of their styling back in the days. So what happened? Why this aescethics of sub cultures from the outskirts with lightly or not so lightly criminal background became so popular all of the world. Moreover, modern fashion crowd pays loads of money for a cotton tee with DHL logo print on it?

One of the first designers who started to exploit Soviet and post-Soviet symbolics and Cyrillic scripts was the Russian designer Denis Simachev. However, he was extremely popular in party and fashion scene in Moscow, he didn’t´t manage to scatter his success internationally. I assume in the times where Paris Hilton was leading her pink and oh-so-glamorous life extensively on TV and in glossy magazines, the vision of style Simachev showed was still too rough and too early. And don’t forget the was no Instagram around.

The first designer who attracted a lot of attention from the bunch of fashion insiders with his very tough Russian aesthetics was Gosha Rubchinskiy.

Russian born, he grow up with the presence of post-Soviet cultural environment and 2011 he maintained his international success. Although his first collection was issued 2008.

What is exactly the post-Soviet fashion in a very short overview.

During the Cold War and the long years of closed borders fashion didn´t play a major role in the Soviet society. Since there was nothing original or fashionable to buy in the official stores. The majority of population had just no choices besides from very standardised- and that´s why boring clothes produced by a few clothing factories, sold in very few “Univermag”.

I remember that everybody on the street were literally looking the same, almost uniformed. For example, and I am speaking from my one childhood´s experience all the kids, no matter girls or boys, were wearing the same colored tights (a kind of a strange dark brown), underwear (white), bathing pants (dark blue) and caps (dark blue). And it was not an official uniform, just lack of choices. Everything was a shortfall. Strange thing to say this- in the times of overproduction right now. Anyway, if somebody had something from abroad, he or she was definitely a star of the group.

To buy something beautiful and different was a life quest. You had to use the strong connection to someone who worked  in the special distribution of foreign products, which were actually reserved for the suburbia leaders of the communist party or you had to try your luck on the “black market” at ten times the price.

These guys, they were called “the Spekulants” had Levis jeans, Adidas shoes, tops in nice bright colors and other goods, what Soviet normal citizen didn’t´t have access to.  By the way, for being a “Spekulant” you could go in jail for a very long time. So “personal shopping” used to be a job with high risks, back in the days.

However, the Soviet watched accurately picked foreign movies and some fashion magazines managed to find their way among the population. So the crave and demand was there but remained unsatisfied till “the Perestoika” opened the borders a bit. Spekulants start to bring clothes from the Eastern and a little bit from the Western Europe in the beginning of the 90s and the phenomenon of the so called “Tolkuchka bazar” appeared. Of course the  most of the things  were mass market stuff you could imagine. All the “fashion” goods from “Woolworth” kind of stores were sold there for a lot of money.

I still remember my first pair of jeans, they were stone washed and high waist. And I still remember how my mom was upset with me as I ruined them on the rust slide on the third day.

Everything could be sold, as far as it got a visible logo on it. Logos of brands and not existing brands like “Versase” and “Barberry” took their places in heads and on the clothes.

And of course the sub cultures also put them on. The phenomenon of “gopnik”, I assume was pretty much inspirational for Gosha Rubchinskiy and Demna Gvasalia who made a definite shift in the fashion reality in recent years.

Likewise, the Gopnik are recognizable for this style. Originated in the former Soviet Union, in the outskirts. A hallmark is tracksuits, alcohol on the street and sitting in a squat. The so-called “Russian squat”. Women and men dress equally. They called themselves “the right guys” – not Gopnik, this was an insult. They are extremely homophobic, aggressive, have mostly no good education and moral values. They were mostly the  guys with a criminal background and very low level of social behavior. 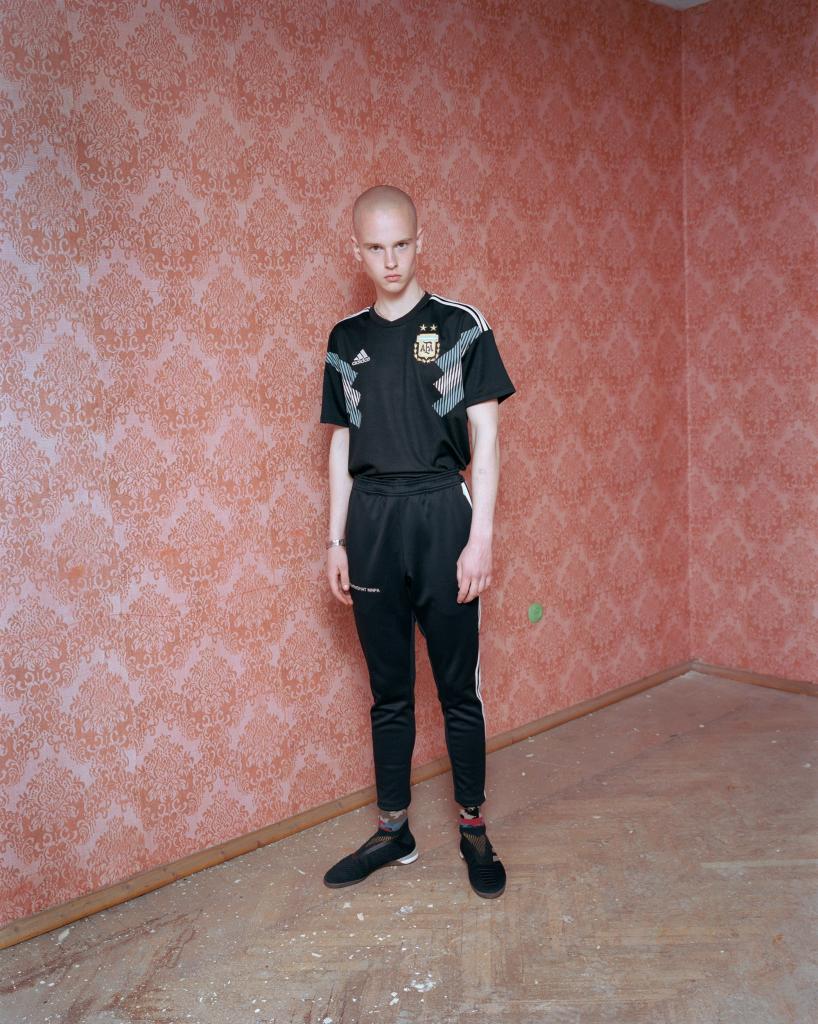 WHY POST-SOVIET IS IN NOW

As Demna Gvasalia, born in Georgia, growing up in the Post Soviet,  put the aesthetics of  “gopnik” into the fashion context  the world of fashion stopped being as it used to be – also in the mainstream fashion. In the times where everything repeats and everybody quotes or even often copy-paste the design and styles it was a fresh point of view. The fashion insiders and consumers were kind of bored of glamorous and dressy and were craving for something very original and new. So Demna quoted his post-Soviet past and got it all.

I must admit that in times of creative crisis and “no fashion” every aesthetics has his right to exist. Moreover, times of glamour and bourgeois lifestyle is over and not modern anymore, yet you might keep in mind that “ugly” fashion reqires for a certain understanding and a personality fit.

This is why standing in the crowd of young or not so young people, working in creative businesses like fashion, photography, art you name it,  at parties, I was kind of surprised to not seeing a lot personalities with their authentic fashion style. However, I´m pretty sure, that they don’t see it the way I do about their-self.

The 2018  “gopnik” uniforms without a personality expressed, strongly reminded me of those half criminal guys sitting in the Russian squad  somewhere in the outskirts without any goals and  ambition just being a part of the crowd.

Post Soviet aesthetics interpreted by Rubchiskij and Gvasalia in the first place is an ironic approach which has been commercialized and exploited by a bunch of brands so far. If you have grasped this irony, you can deal with it and make it your own. 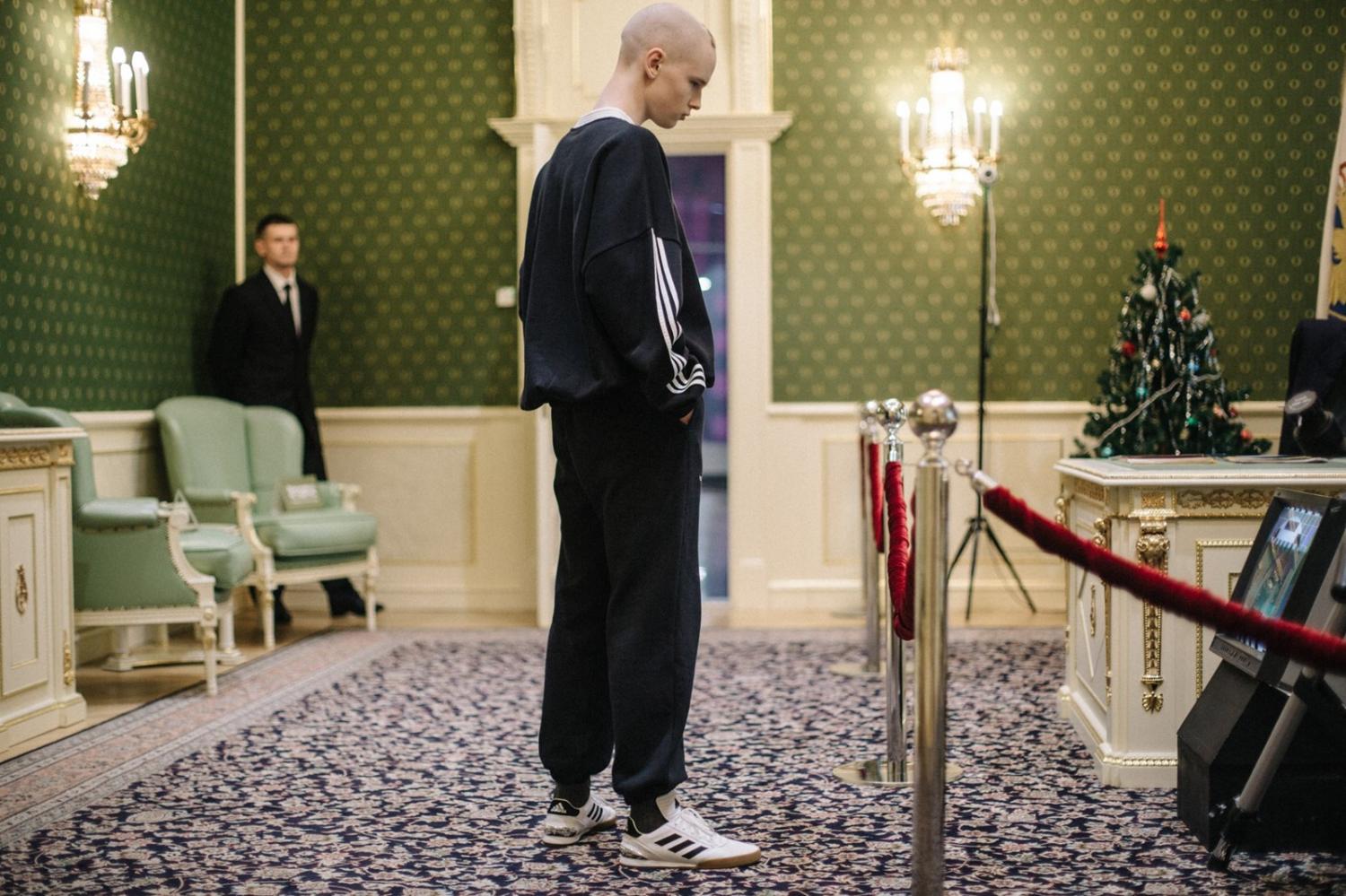 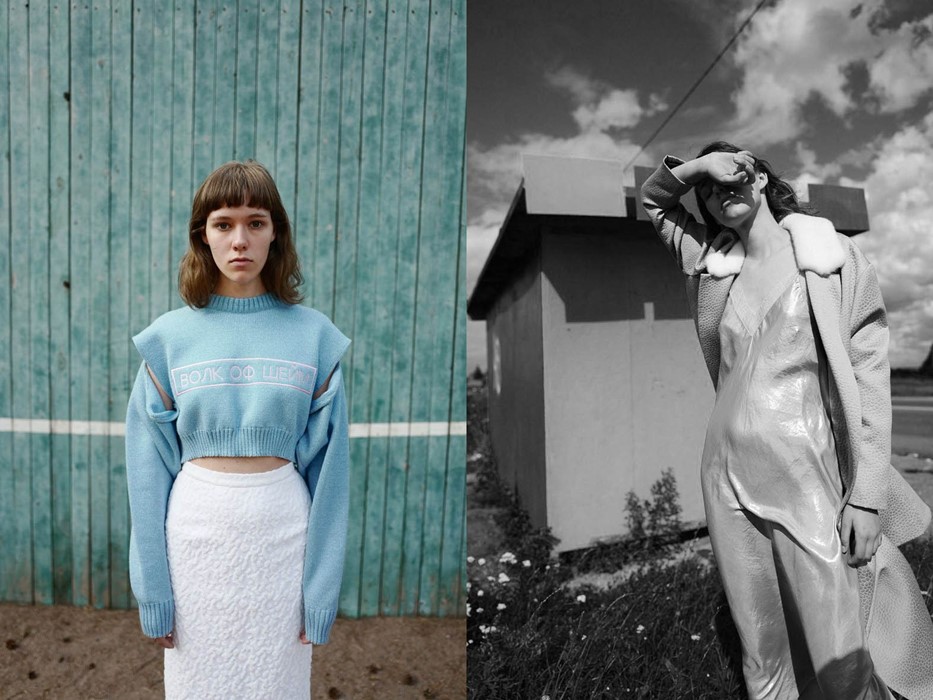